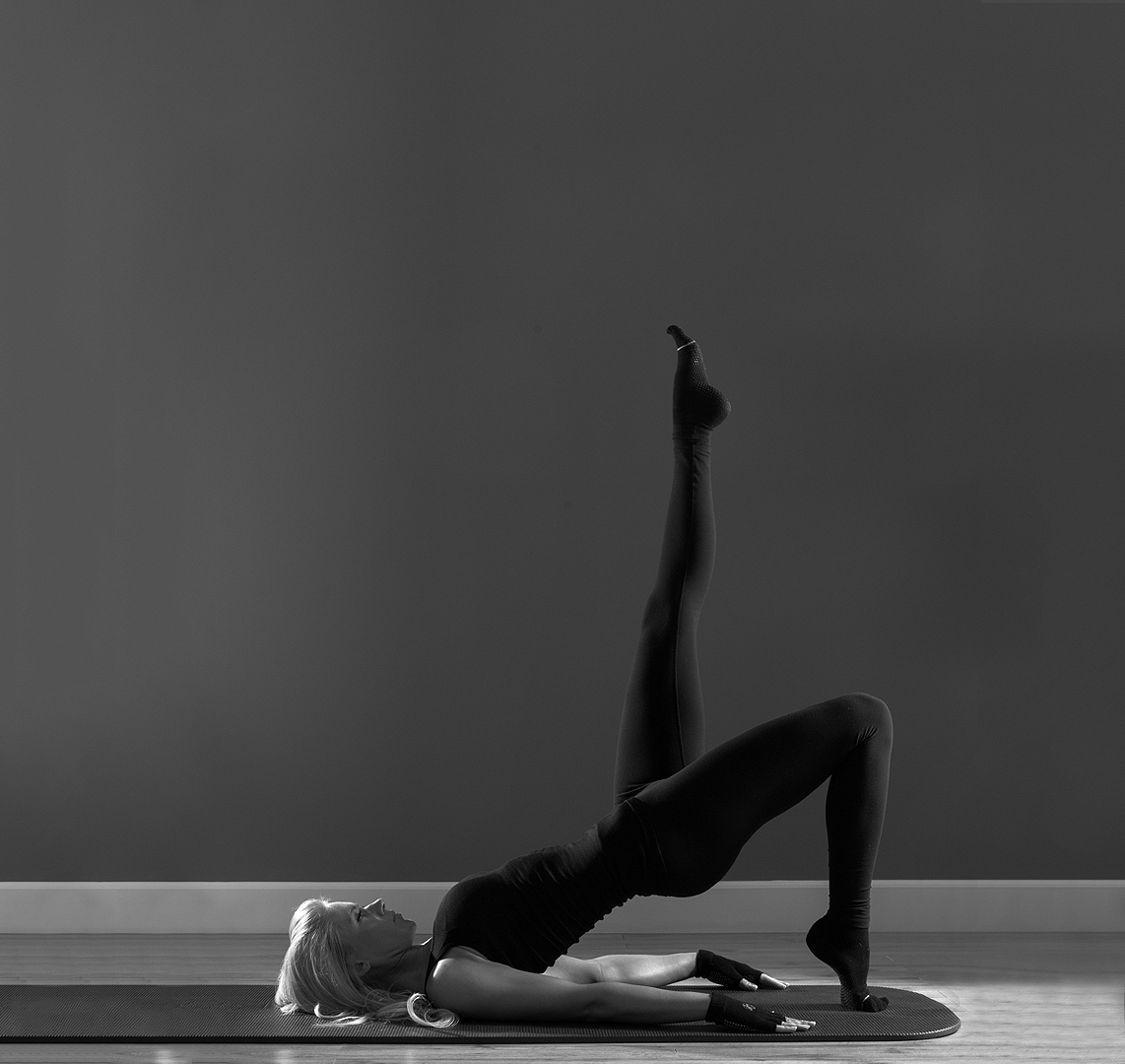 Pilates teaches you how to move your body in a safe and organized way. Pilates exercises develop, and train you to use, the most important muscles in your body. We call these muscles the powerhouse muscles. The powerhouse muscles include all of the small, deep muscles that run the length of your spine, as well the muscles of your lower back, abdomen, pelvic floor, hips, inner thighs, and buttocks. These muscles stabilize you for movement. All movement comes from the center. Pilates exercises challenge the engagement of these muscles. In Pilates, you first turn on your deep muscles to stabilize, then challenge the engagement of these muscles through movement. Beginning movements are close to the body. Movements get larger as you get stronger.

Pilates is a way of life, a way of movement. You refine these skills in the studio, but you need to do Pilates all of the time.

The main goal in Pilates is to get the back strong. Pilates exercises require you to use all of the little muscles that run the length of your spine. These muscles support, maintain, and protect your back. In Pilates, you use these muscles in everything you do. By engaging these muscles, you support and decompress your spine, and strengthening them will unload your joints. Joints are meant to hold supported weight, to move supported weight. When this doesn’t happen, your joints wear out. Pilates teaches you to keep your spine long, so that weight is evenly distributed, thus protecting your back, and helping to keep you healthy and pain-free! 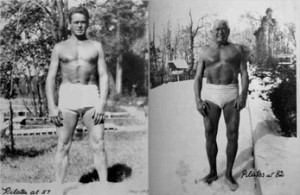 Pilates was born in a small town in Germany in 1880. His father was a prize-winning gymnast and his mother was a naturopath. As a child, Pilates suffered from asthma, rickets, and rheumatic fever. He dedicated his life to improving his physical strength. He engaged in a wide range of physical activities, including diving, boxing, gymnastics, skiing, and bodybuilding. By the age of 14 he was posing for anatomical charts.

In 1912, Pilates moved to England where he worked as a professional boxer, circuit act performer, and self-defense trainer. During WWI the British authorities interned him, along with other German citizens, first in Lancaster Castle and then on the Isle of Man. It was during this time that Pilates started to develop his method of physical conditioning, which he called Contrology, the use of the mind to control the muscles. He created over 500 exercises, based on the natural movements patterns observed in babies and quadruped animals. He trained his fellow inmates in his fitness regimen. It is believed that none of Pilates’ followers succumbed to the 1918 influenza pandemic that swept the world, killing millions of people, tens of thousands in England alone.

After the war, Pilates returned to Germany where he worked with the Hamburg Military Police teaching self-defense and physical conditioning. When pressured to train members of the German army, and disappointed with political and social conditions in his country, Pilates decided to immigrate to the United States. On the boat to America Pilates met Clara, his future wife. Joe and Clara founded a studio in New York City, where they worked together until his death in 1967.

Pilates believed the modern lifestyle, bad posture, and inefficient breathing to be at the root of bad heath. Pilates’ method focuses on the development of the core postural muscles that keep the body balanced and provide support for the spine. Important elements of his method include whole body movement, awareness of breath, alignment of the spine, balanced muscle development, concentration, control, centering, precision, and flow of movement.

Pilates was brilliant man, an innovator, and admittedly ahead of his time.

“You’re as young as your spine is supple”
– Joseph Pilates

“I thought Pilates was all about just stretching and basic movement, I was wrong as I left feeling a full body workout and sweating A LOT.”